1/3 of New Jersey Residents Not Screened for Colon Cancer 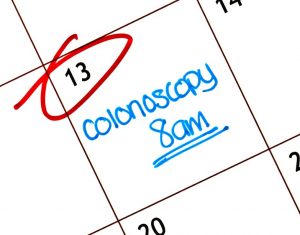 That places New Jersey at 34th among the 50 states, sandwiched between Kentucky and West Virginia. Every single Northeastern state has a higher screening rate.

“When we saw the statistics from the American Cancer Society, we became concerned for the residents of New Jersey,” says Carl Wallach, M.D., board certified gastroenterologist, medical director of Hanover Endoscopy Center and physician partner at Florham Park Endoscopy Center. “My colleagues and I began to ask our patients why other people in their lives hadn’t been screened for this common and often fatal disease.”

Colon cancer is the third most commonly diagnosed cancer and the third leading cause of cancer death in both men and women in the U.S. Screening has the potential to prevent colorectal cancer because it can detect precancerous growths, called polyps, in the colon and rectum. Everyone over age 50 is at high risk and needs to be screened.

When asked why they don’t get screened, people usually cite a lack of knowledge about colon cancer prevention or the assumption that they don’t have the financial resources or sufficient medical coverage to afford a colonoscopy.

“When we started researching how New Jersey ranked on these points, we saw a different story,” says Dr. Wallach. “According to the U.S. Census Bureau data, New Jersey is among the wealthiest and most educated states in the country. Furthermore, the National Colorectal Cancer Research 'Alliance gives Legislation in New Jersey an 'A' rating in its efforts to make insurance providers cover preventive colorectal cancer screenings for all policy holders.”

This led the physicians and staff at the Florham Park Endoscopy Center and the Hanover Endoscopy Center to launch a new website called StopColonCancerNow.com/NorthJersey to inspire New Jerseyans to get educated and get screened.

“The United States has made a lot of progress in reducing colon cancer incidence and deaths in the past decade. This is due, in large part, to more people getting screened at the appropriate age,” said Dr. Wallach. “Now is the time for New Jersey to step up and save more lives.”